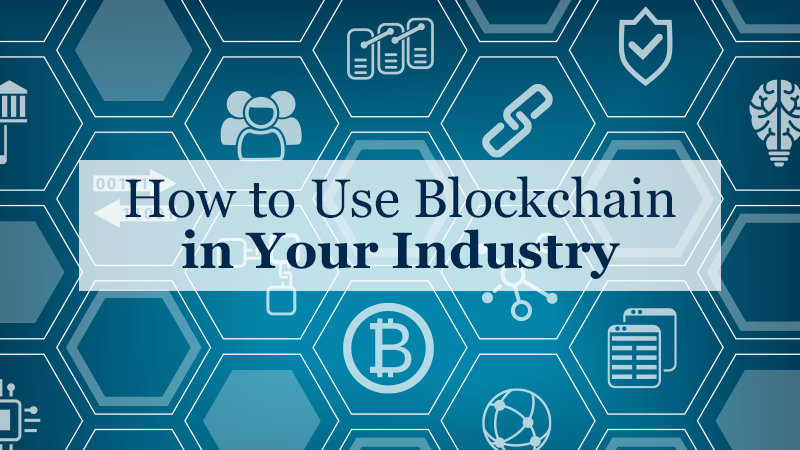 The new disruptor, blockchain provides applications to virtually every industry. Dive in to learn about blockchain and how it can help your business.

Blockchain technology provides a decentralized and distributed mechanism for record keeping. In financial terms, it is a digital transaction ledger distributed across multiple servers, making it more secure especially in a trustless environment. The application goes far beyond finance though. It’s already impacting the healthcare community, as well as, other industries, including:

Rather than thinking of it as a ledger (unless you are a CPA), think of it in terms of your medical history from birth to present, or your school records from kindergarten through your last graduation, whether high school, vocation or tech school or college. Each medical visit makes a block (a block of data). Each report card or principal’s office visit comprises a block, as does graduation. A block is an event and the data tied to it. The chain then consists of all the blocks strung together. With the combination of those blocks, the blockchain forms a complete record of its topic, whether your medical history or educational history.

The block concept makes it a safer way to store and access data, too. Each block gets stored on the server in which it was created. That means the entirety of your records does not exist in one place.  In addition, each server on the network validates each transaction making it very difficult to create fraudulent blocks. For a hacker to access or modify your full history, they would need to hack every separate block across many servers. But, all data connects through the chain, using a single complex identifier in the database. 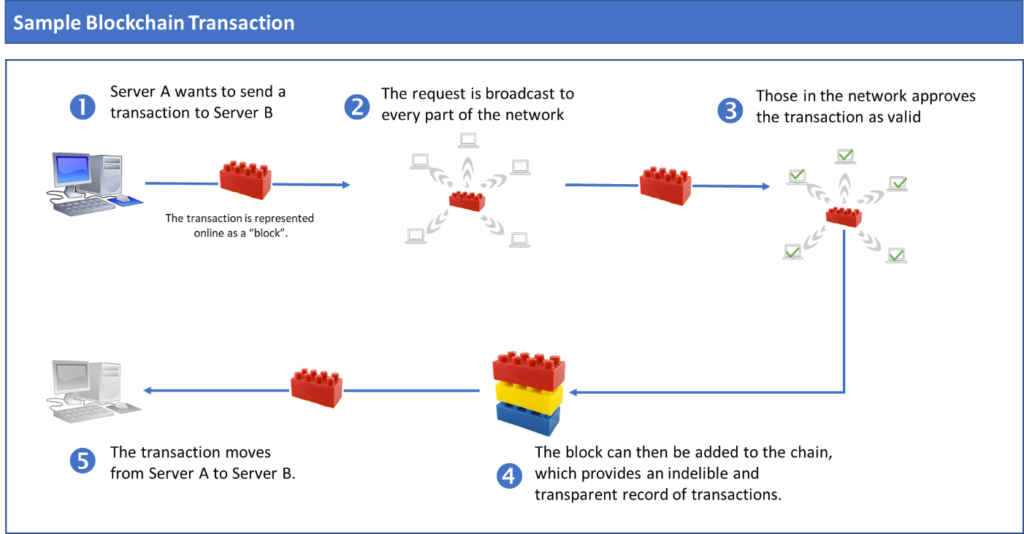 The key generally consists of an output hash public key string of 256 bits and an input string called a private key. This process makes it almost impossible to mathematically or computationally determine the key.

The caveat to data access is the person must explicitly grant data access. For example, during a medical visit a patient signs a permission form allowing a doctor to access and update to their electronic health record (EHR). The new visit becomes the most recent block. Although the doctor can write a new block, they can’t overwrite or alter old blocks — even ones they created. This protects the patient, for instance, in cases of malpractice, when a doctor might attempt to alter old records.

Most people who have heard of blockchain already know about its relationship to Bitcoin, the digital currency believed to have been developed by Satoshi Nakamoto . Applied to digital currency, it creates a global ledger with no one file. Each transaction represents a block of data recorded to the server that processed it. Think of this peer-to-peer environment as movie and music sharing. The other difference comes in its further protections. The blockchain encrypts every Bitcoin transaction with a public and a private key. While those with permission can view the full ledger, once a transaction writes, it exists. No one can alter it. No one can delete it.  While the original use case was around currency, the benefit of transaction security and integrity has numerous applications across industries.

In the digital media and telecommunications industries, the blockchain provides numerous applications. The blockchain provides instant payment that enables near-instant delivery. It removes the human error by automating processes. A cryptocurrency payment processes in under 15 minutes from wallet to wallet. That enables immediate delivery of digital goods or immediate processing of an order for tangible items. In relationship to telecommunications, you can apply blockchain technology to:

Summing Up Why Blockchain is the Next Big Thing

While Bitcoin remains a controversial topic, Blockchain has a burgeoning acceptance among business people. Even former U.S. Treasury secretary Larry Summers has blessed the new technologies at a New York conference. While education hurdles exist, especially educating business leaders about blockchain’s superior security, the technology can take off at any moment with firms like IBM leading the way. Many businesses see the application beyond cryptocurrencies like Bitcoin and Ethereum. Its speed, security and massive record keeping abilities make blockchain the technology of the moment. Contact us today at Starr & Associates to learn how you can leverage blockchain.